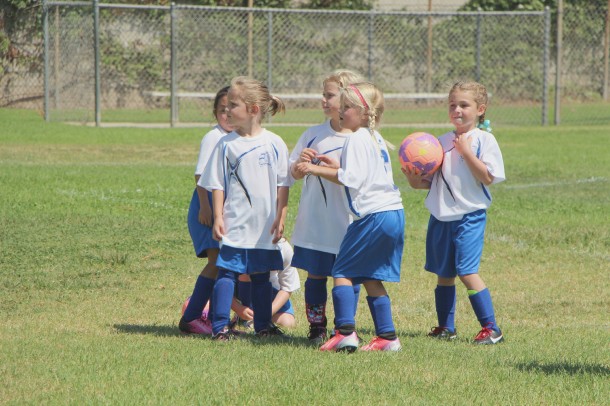 **Warning: I’m about to share all my favorite photos from this weekends soccer game because I couldn’t be prouder of our little girl. 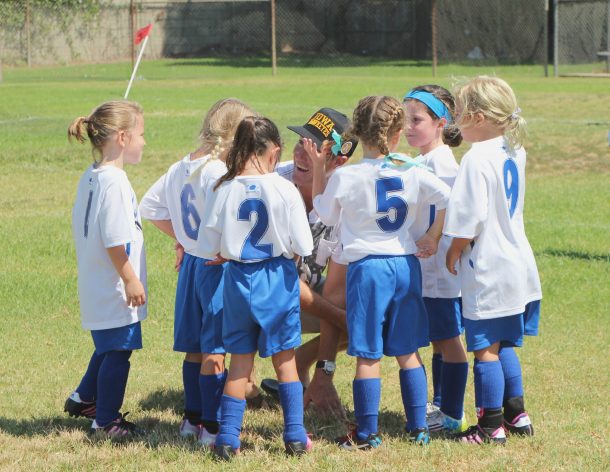 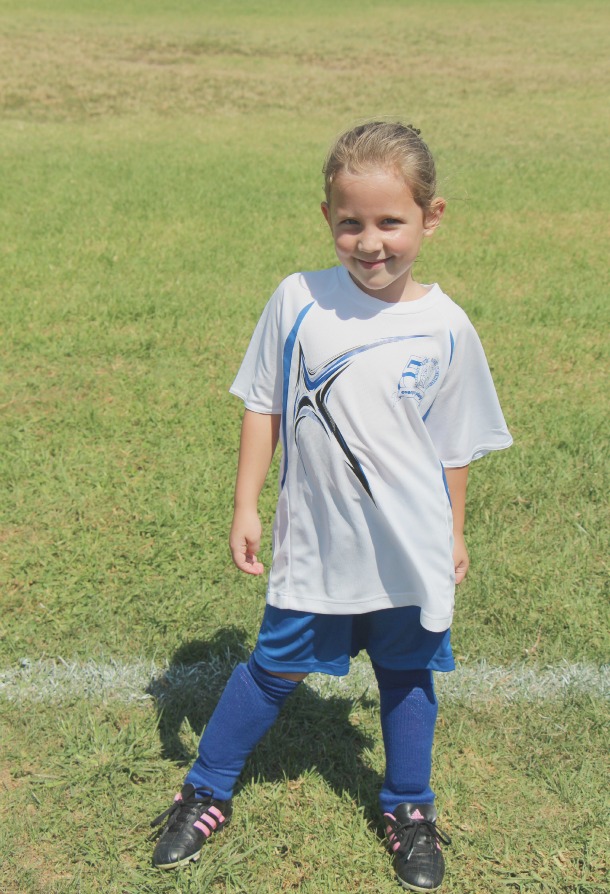 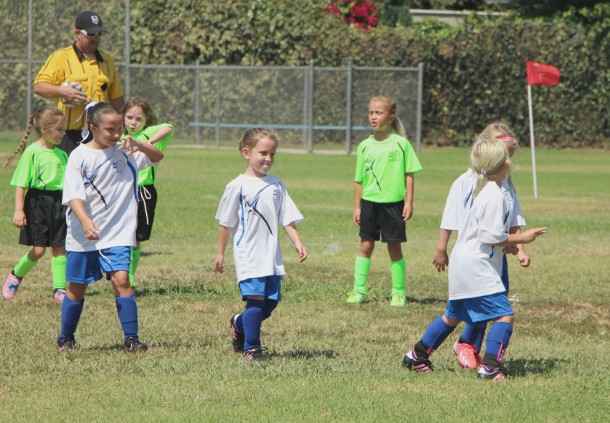 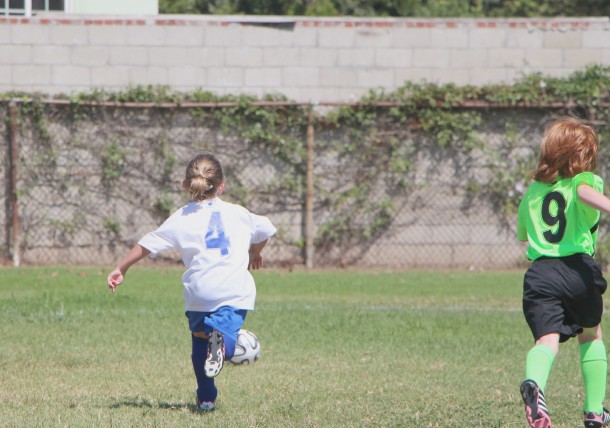 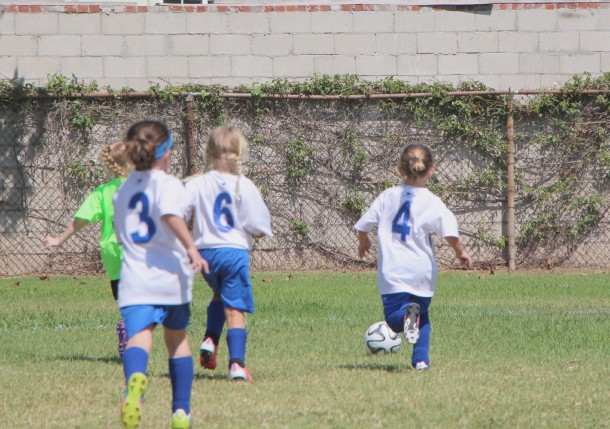 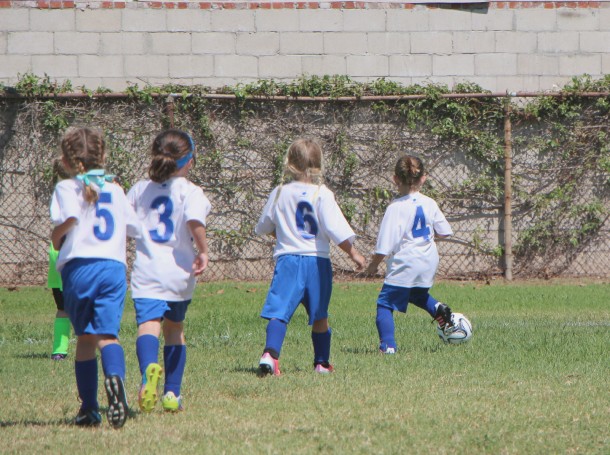 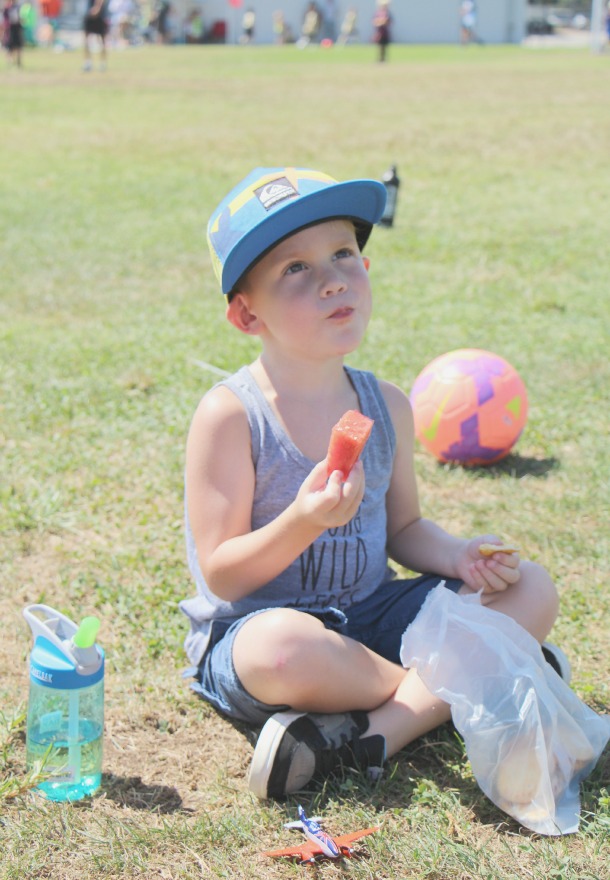 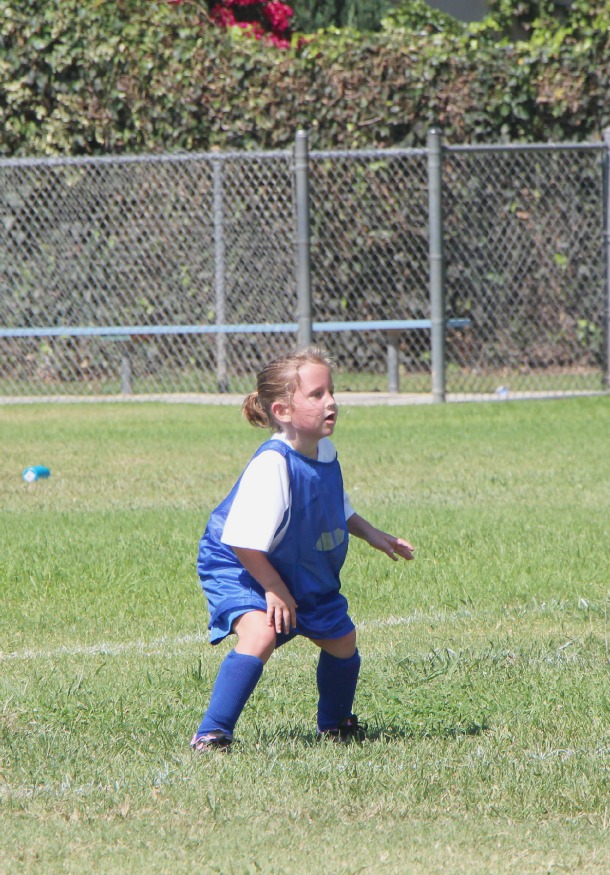 I’m not going to lie to you, I went out of my way to avoid sports teams for the kids for as long as I possibly could. Dance, done. Gymnastics, no problem. Why? Because it was a one day a week commitment for one hour, where they could have fun, get their wiggles out and they weren’t competing against someone else. At least for now. Dance recitals are cute, gymnastics competitions were far off.

Sports teams. Well I dreaded them for many reasons. The most important one being that I love sleeping in and lounging around on the weekends, not having to worry about making it out the door to a 9am or 10am game. But I think my biggest fear was that I remembered what it was like to play on a sports team. You were sized and ranked by the coaches, the other players and their parents. I’m not crazy, I know that this happens even when the kids are six years old. Parent’s sign their kids up for all kinds of sports and activities from the time they meet the age requirement and that was not us. I wanted to wait till they found a sport they liked, and began asking sign up to play. For Brayden, it’s baseball, although he can’t play till the spring and, for Katelyn, it’s soccer.

Hesitantly, I signed her up after she fell in love with soccer camp in June. I hadn’t come watch her play at camp, I gave her space to decide on her own if she loved it. She did! I signed her up to play AYSO and then we waited…. all… summer… long…. for the season to start. I had no idea what to expect. Suddenly I found myself nervous for her. How was she going to do? Would she be able to keep up? Gosh, sitting here, sharing that I don’t even know what I was so worried. She’s 6 for goodness sakes.

I’m reminded how we often unintentionally pass off our insecurities of not being good enough, or as good as the others to our children. There’s the ol’ comparison game again rearing it’s ugly head. While I hadn’t said anything to her, I knew I was feeling it in myself and it was something I needed to let go of. It’s her first season and she’d only had one week of soccer camp. She loved it and wanted to play. That had to be enough. Still, I’m sure, as parents of little athletes, some of you know deep down where I’m coming from.

We had our first practice last week and Kyle and I just sat back in awe. She did so great! She kept up, kept a smile on her face the whole time and she got in there and listened to the coach. Her second practice this week met her with some challenges, but still she smiled through the drills, focused hard on not touching the ball with her hands to correct herself and she gave it her all. More than that she was so excited for her first game.

Yesterday I woke up and decided that no matter what happened, even if she accidentally scored a goal for the opposing team, we would cheer her on and take her to ice cream to celebrate after. The game was at 1pm (worst time ever -90 degree heat), it was hotter than hot, there’s no shade (even during breaks) and the girls played for an hour. She never complained once of the heat. She loved that she got all sweaty and she played her heart out. She even volunteered to play goalie and stopped 2 goals while doing it. Her team ended up winning 6-0. It was a great first game, followed by lunch, a swim in the pool to cool off and Yogurtland for dinner.

I realized while watching her play and cheering her on that letting her be who she is, is far better than causing her to worry about who she is not. Right now, she is a little soccer player and she’s not worried about how good of a soccer player she is. She is excited to learn, to grow, to practice and to play with team mates. And I’m excited to be a soccer mom. Next thing you know I’ll be looking at mini vans…. not really.

It’s funny how much we learn from our children, even though we’re supposed to be the parents. It stretches us in the best of ways and makes our hearts burst at the seams. Yes, some days it makes us want to pull our hair out, but at the end of the day we learn grace, strength, love, forgiveness, joy, gratitude and so much more. For that, I’m so thankful!