Have you had a chance to link up your awesome crafts to Find a Friend Friday?

I love date night. It makes me giddy! It doesn’t happen often so the hubby and I try and squeeze in as much as we can in one night. Friday night we headed to Angels Stadium to cheer on the Red Sox Nation. Yup you heard read right, R.e.d S.o.x!! They are my team and every year it is my mission to see them at least once when they are in town. The hubby’s parents have season tickets so we love to take a different couple with us every time we go. See how excited I am about pulling into the stadium?! {I was also excited because I had just been talking about my blog}

Meet Becca and Jeff. They are engaged and utterly awesome! 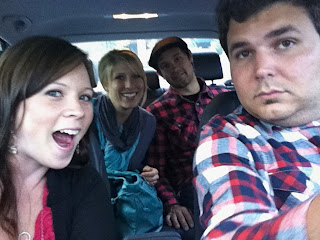 Jeff and the hubby are good friends, that’s why they decided to dress like twins in their flannel shirts for the game. Obviously it threw the players for a loop too since we almost got hit by a ball at least 3 times during the game. The first time the ball literally missed us by inches and broke the finger of the poor guy sitting behind us. The guy sitting next to the poor gentleman who broke his finger stole the ball and claimed it as his own. Who knew going to a game with us would result in such drama. 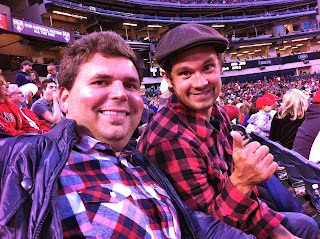 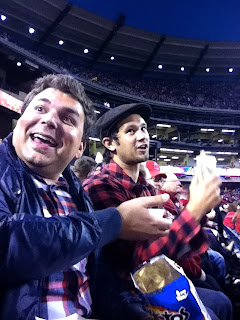 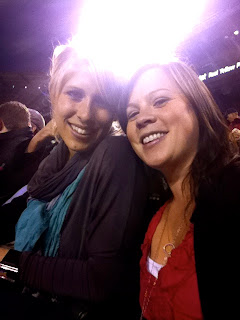 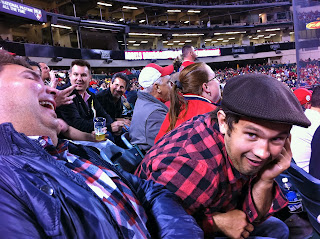 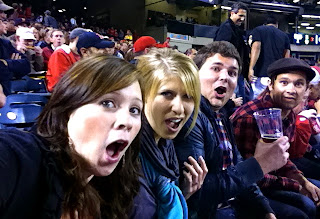 Now I’m really not a big drinker, but we sat next to a group of older gentleman who were also Red Sox Fans. They bought everyone beers when we went into the 7th inning 4-0 and we were seeing glimpses of a shut out. We should’ve waited to toast…. the Angels scored 1 run in the 7th and 2 in the 8th. Red Sox Nation barely squeeze by that one. Gotta love an epic date night! 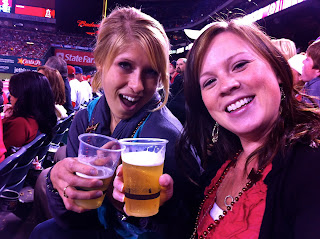 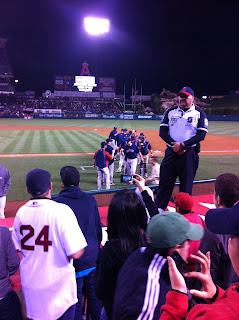 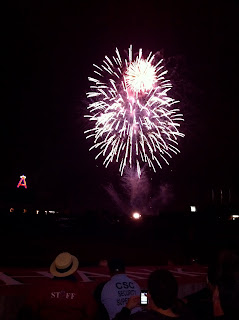 Where do you go for date nights?