Well it’s been a while since I’ve updated my fitness journey around here. May 10, 2015, almost 2 years ago to be exact! Whew! I’d like to blame it on the remodel and how hard it is to keep up with a fitness regimen when your home is under construction, so I will. You never know when contractors are going to be coming and going and if you’re needed on site to make a split second decision. Between not being able to make it to the gym and then moving back in our home 7 and a half months later with one working bathroom and no kitchen, needless to say, it resulted in a lot of take out. Take out, I’ve learned, can wreak havoc on your thighs. 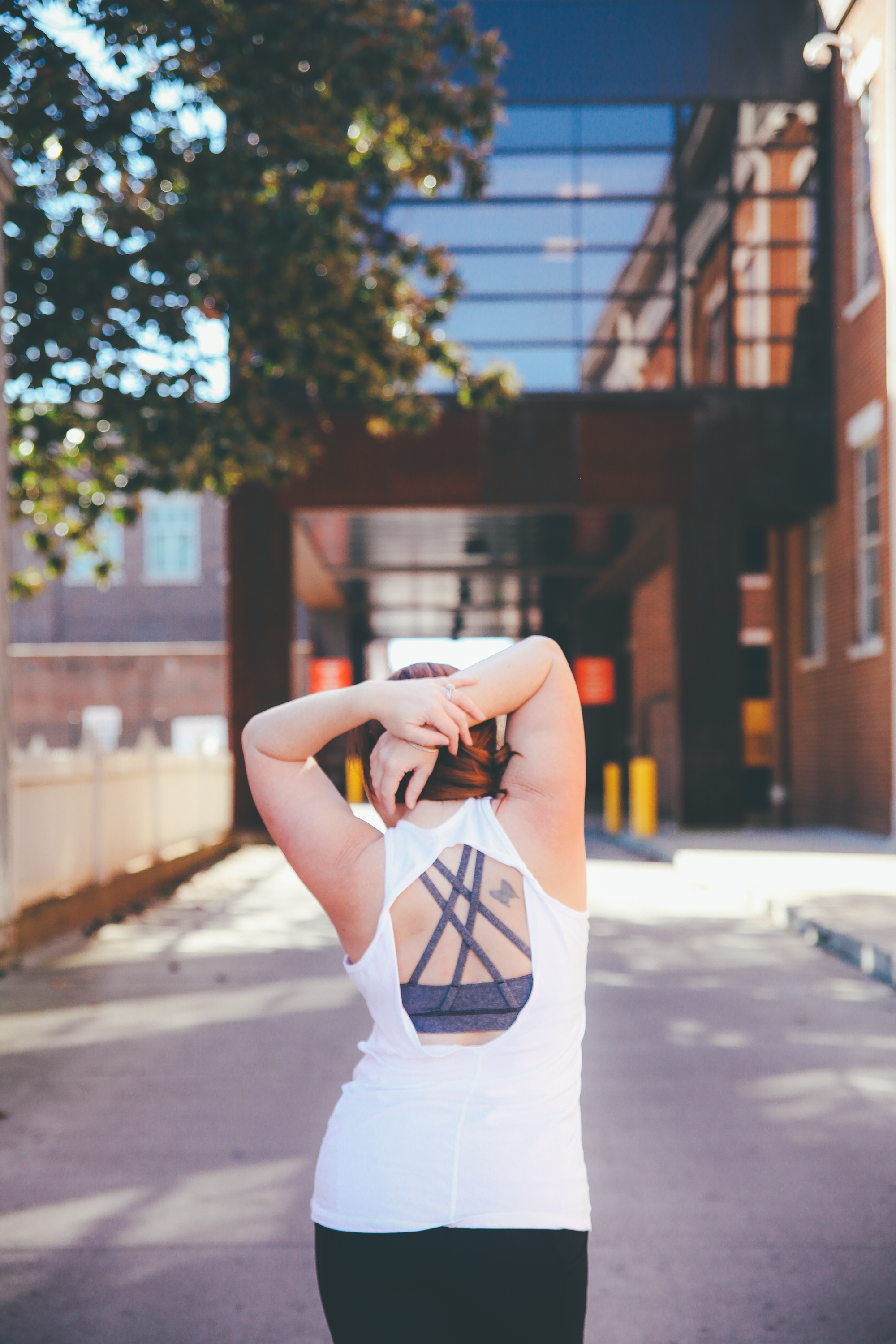 A couple months ago we were talking to a friend who referred us to a local gym where he’d been working out with a trainer. He said that the individualized strength training workouts and one on one accountability had made a huge difference in his workouts and hitting his personal goals. While I’ve done boot camp and circuit training type programs in the past, I was interest in the idea of switching it up and trying something new. Kyle and I decided enough is enough and it was time to bring sexy back!! After sitting down with the trainer, Matt Fetters, and chatting with him about what our goals, we decided to sign on and hop back on the workout train.

I’ll be honest, it was brutal at first. I mean, it felt good to be back in a gym working out, but getting measured for the first time and seeing photos, made me cringe. Mostly because, when I was working out, I felt like I had achieved so much and I had to work through the disappointment of letting myself break the good habit I had built. It’s not about being skinny, or feeling like I was now “fat,” it was simply the evidence that I had undone 2 years of hard work in less than a year.

Not to mention, Kyle and I were so busy running around during the day, we were barely squeezing in more than one meal a day, which is even worse. So not only did we get back on track with our fitness goals, we’ve also made a lot of nutritional lifestyle changes. I’m going to go ahead and say, we’re nowhere near perfect, but we’re eating 4 meals a day and balancing them with the right amount of carbs, fats and proteins and we’re noticing huge differences! 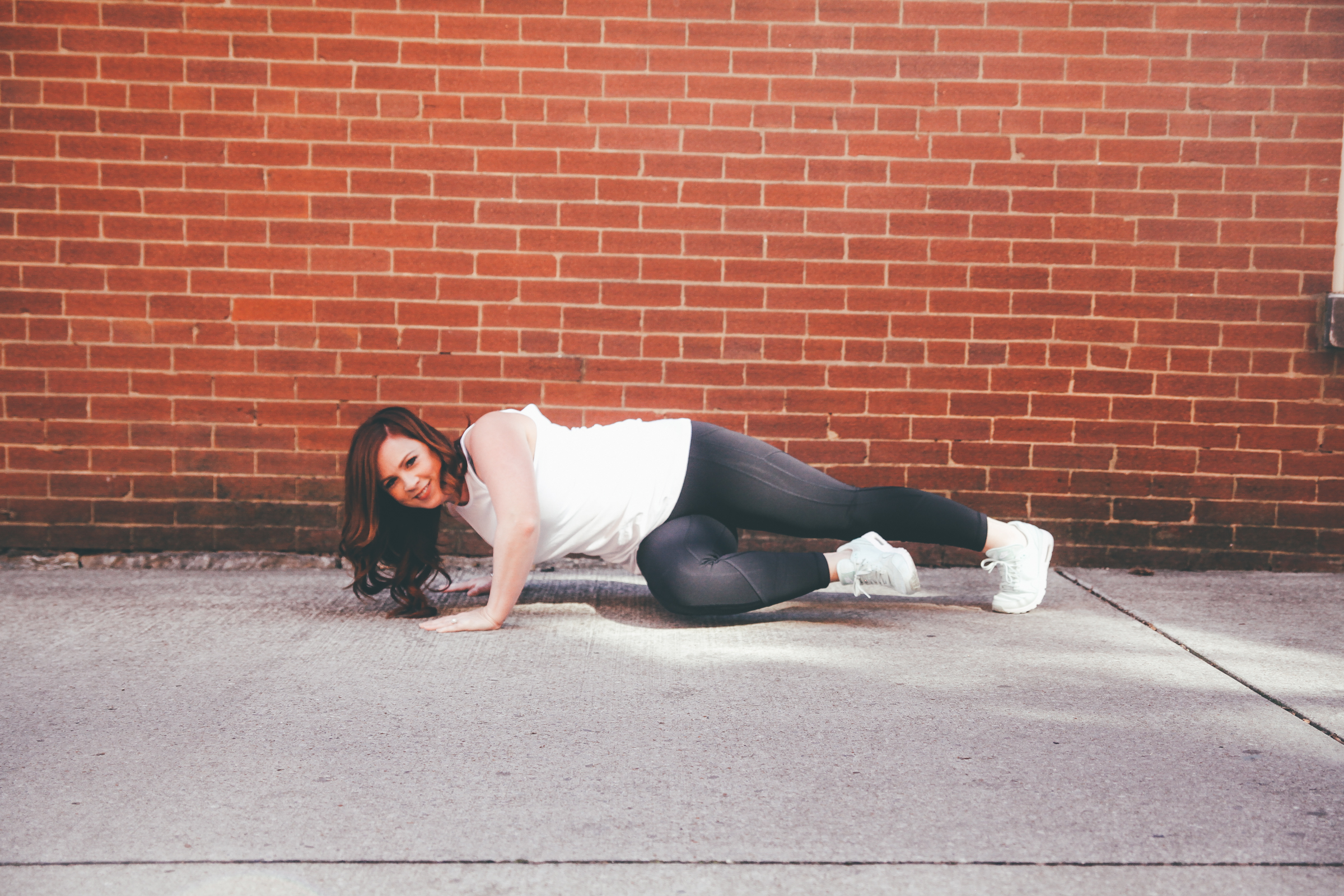 Since this is a journey, I’m going to share with you my measurements from when I was last measured in 2014, to where I was in January of 2017 and then more recently in March, after two months of strength training at The Training Spot. It’s about to get real peeps! Keep in mind that what I’m sharing is all my measurements, but not my weight. My focus right now is loosing inches, as muscle weighs more than fat, so it decreases slower. But if you’re curious, I’ve lost about 4lbs, which is not much, but I’ve kept it off so let’s focus on that, shall we? haha

and here’s my January “Before” workout pics… As you can see I’ve gained back inches in my chest area, arms (ugh!), waist… well everywhere, let’s not beat around the bush. 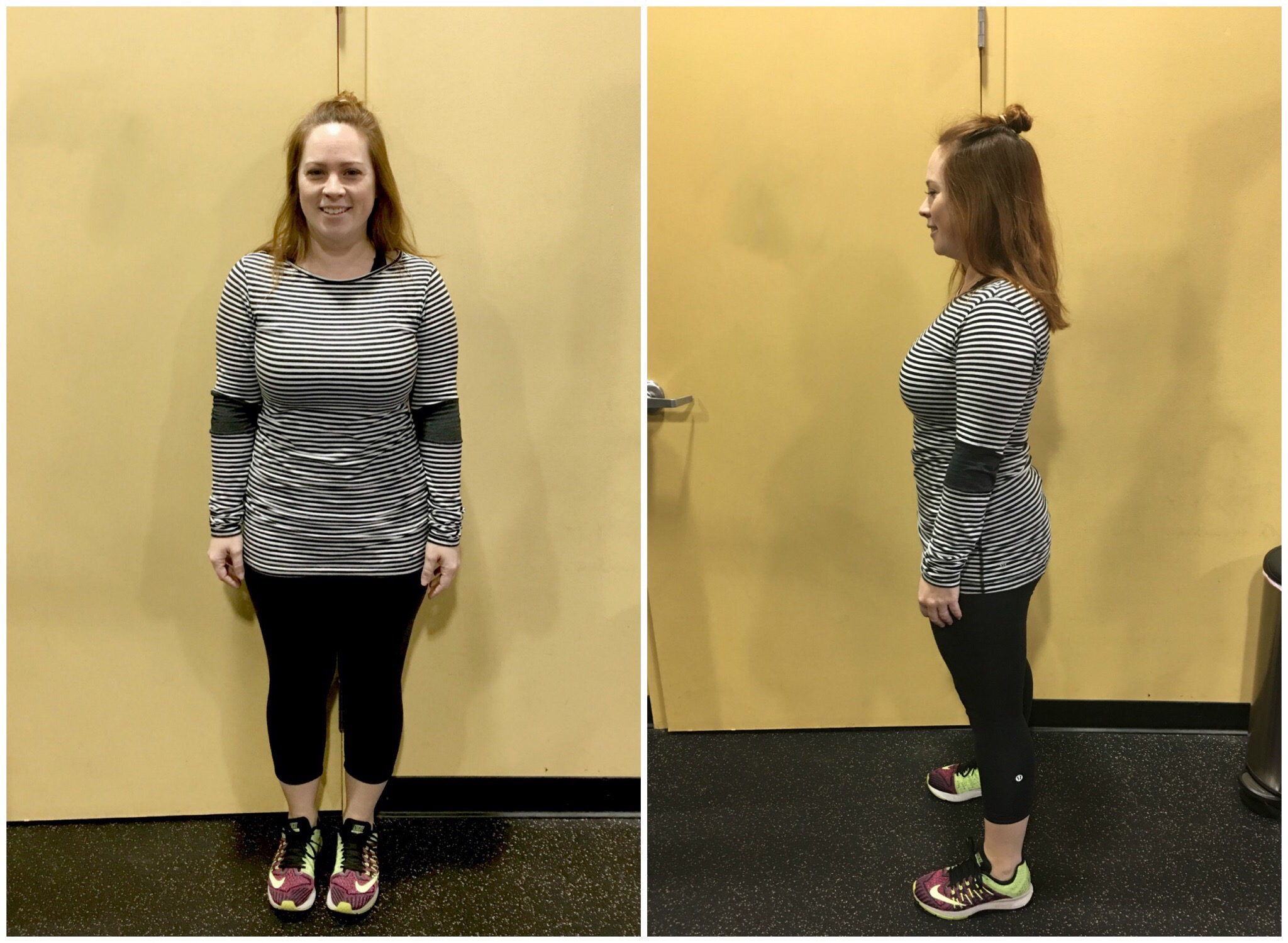 did you see the inches I’ve lost from January to March?!! 4 inches total babes!! FOUR!!! I’m calling this a huge win! Especially since 2 of those inches are in my legs. Just once step closer to thigh gap 😉 I kid! Since we just started measuring my chest area, I’ll be excited for next months measurements to see what changes have happened there! 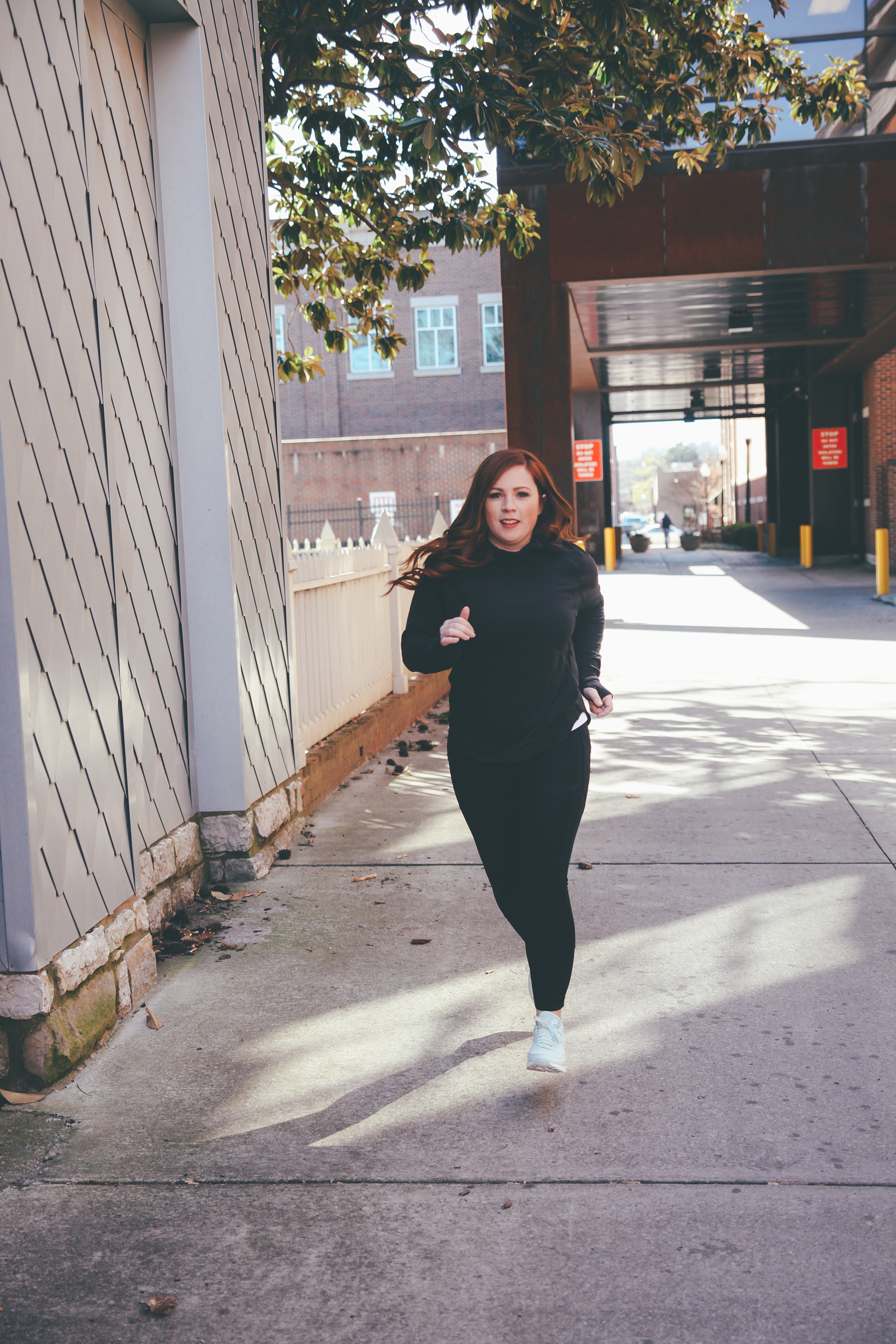 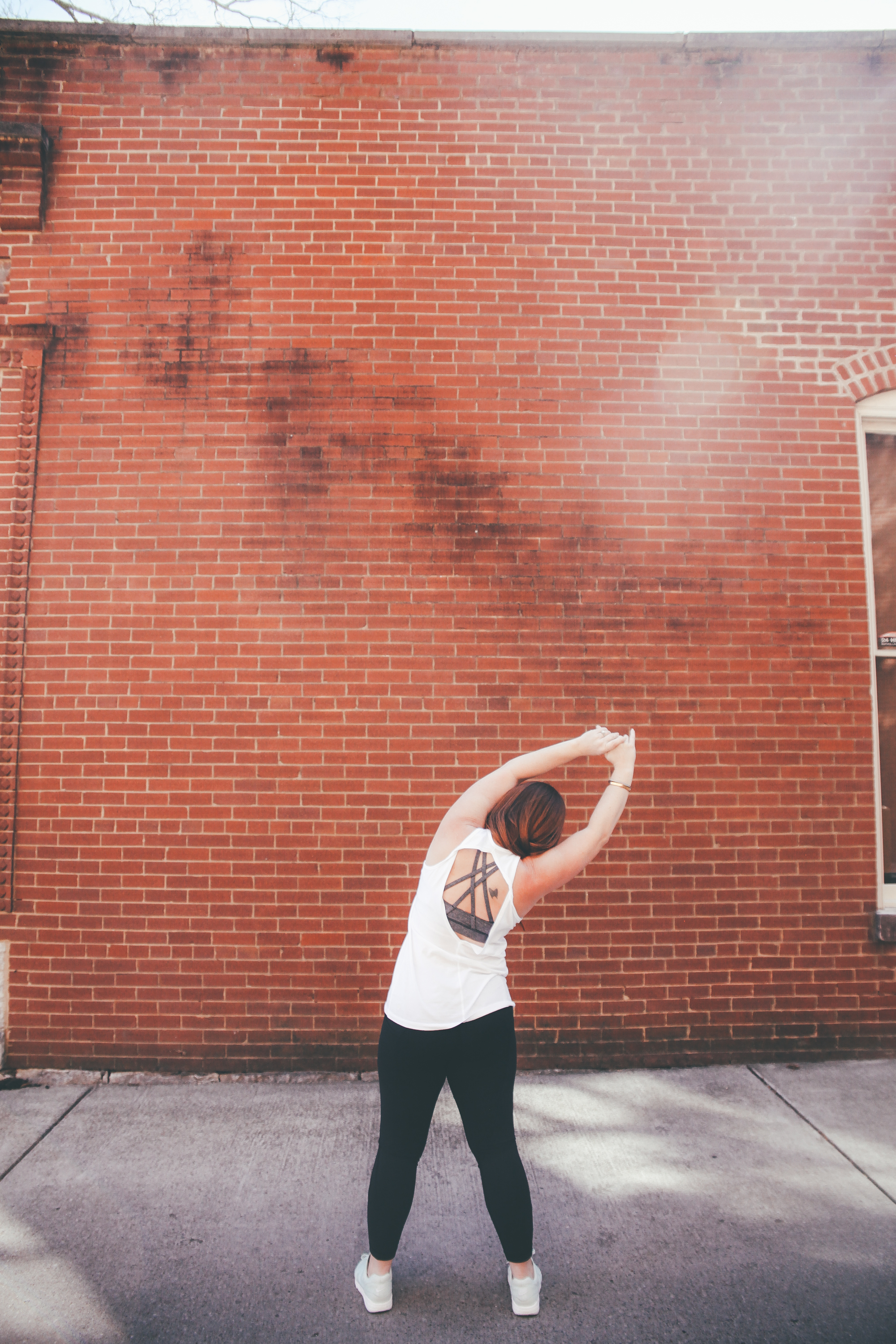 Ok so here’s the deal…. I’m going to share an update 1-2 times per month. Mostly updates on how things are going, maybe a recipe we’re really loving. Oh and remind me, I’ve got a protein bar y’all will love!! It’s a meal replacement that’s a full balanced meal, and it’s delicious!!!

I hope you’ll stick around and join me as I share about our fitness journey! We can motivate each other!!