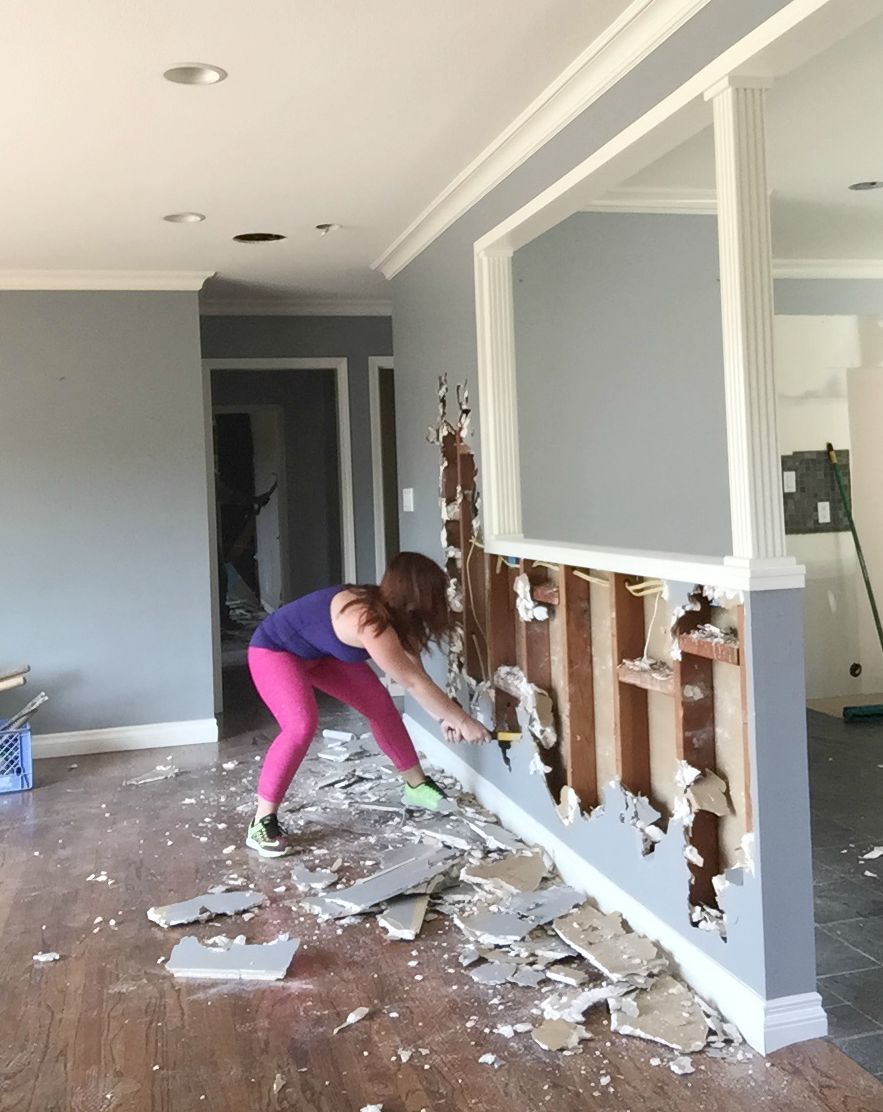 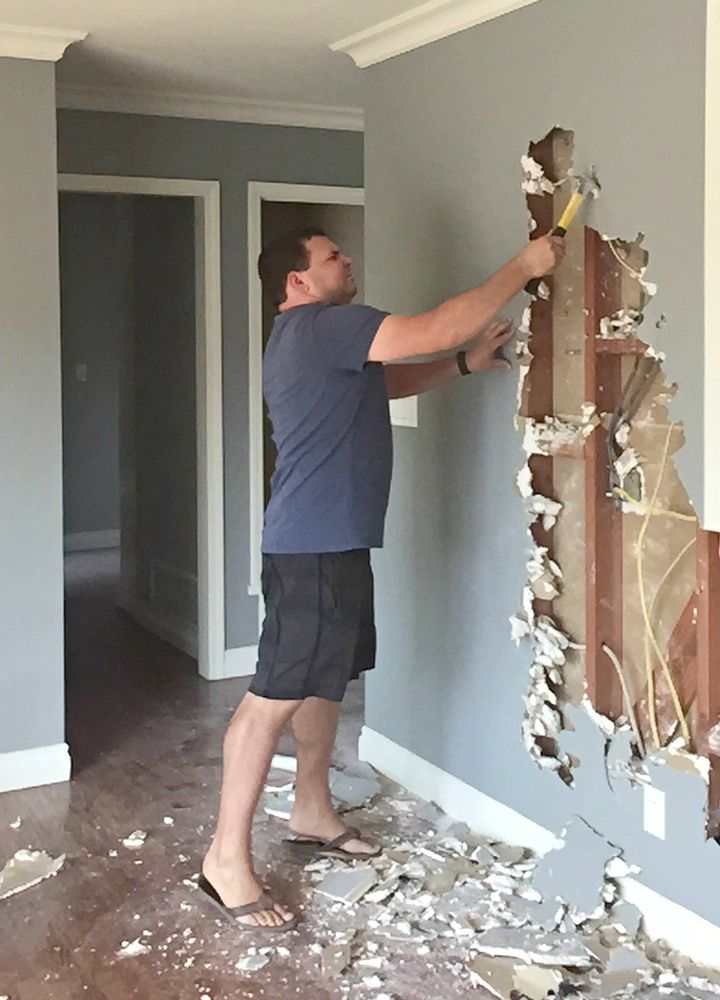 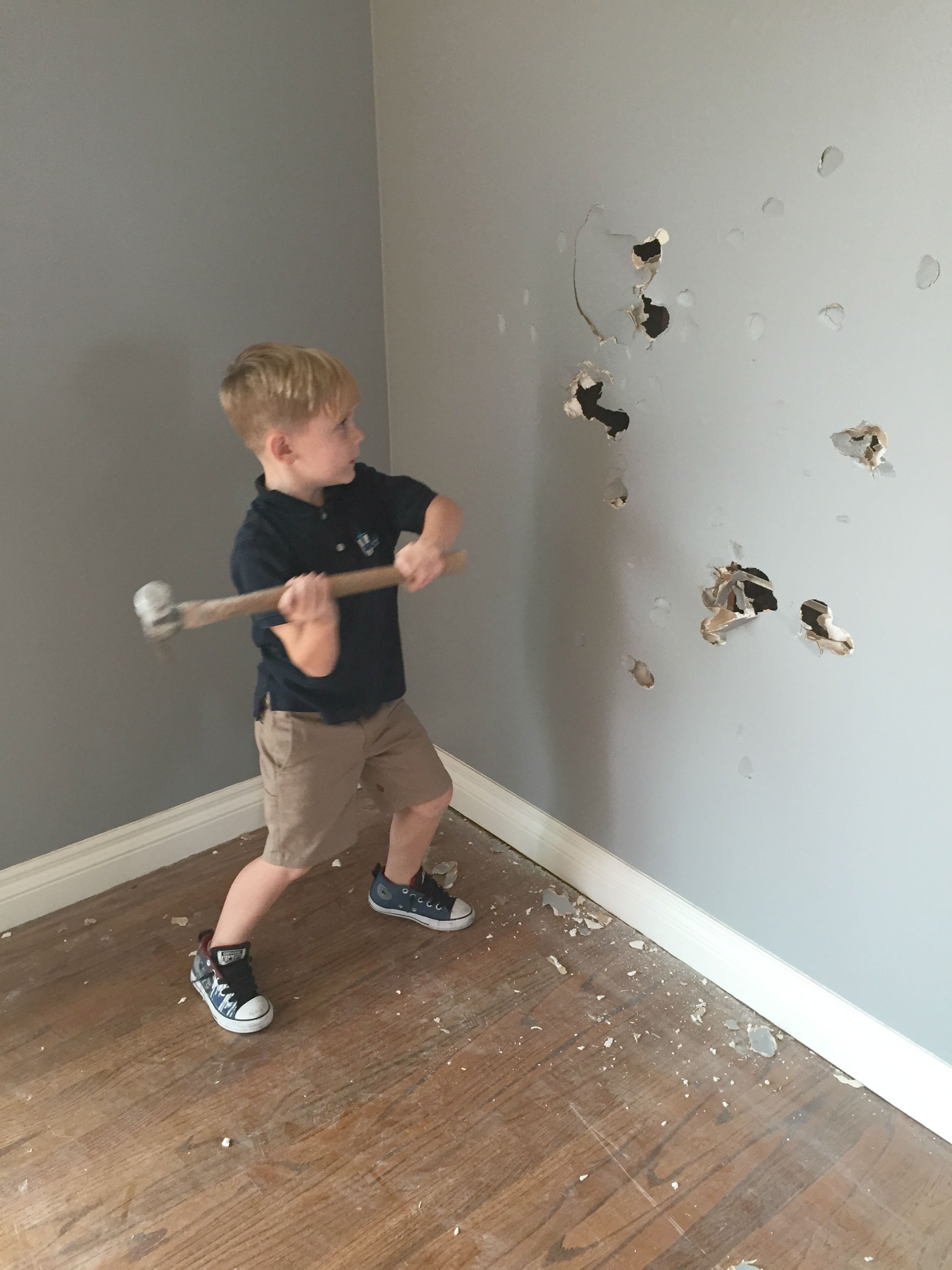 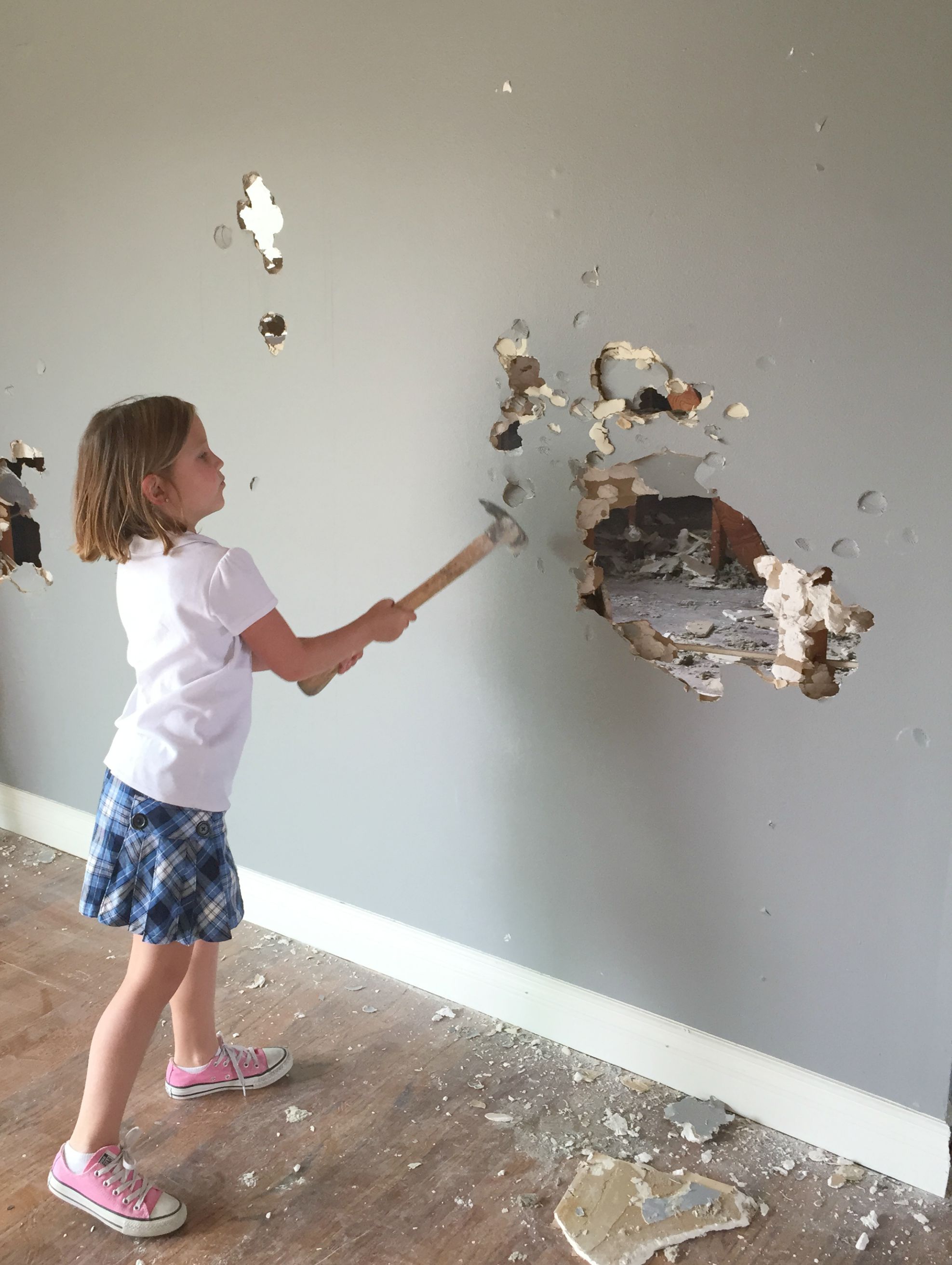 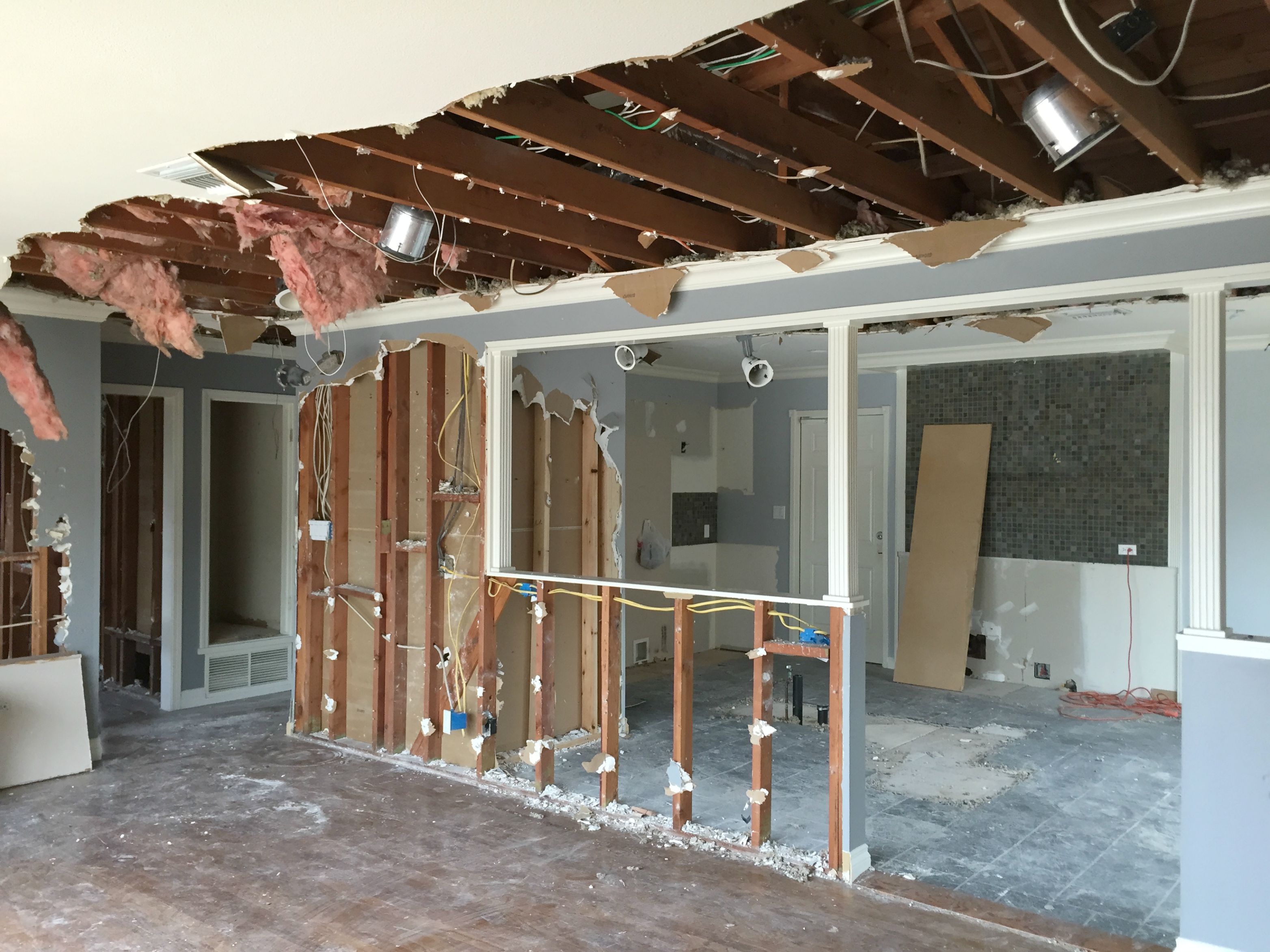 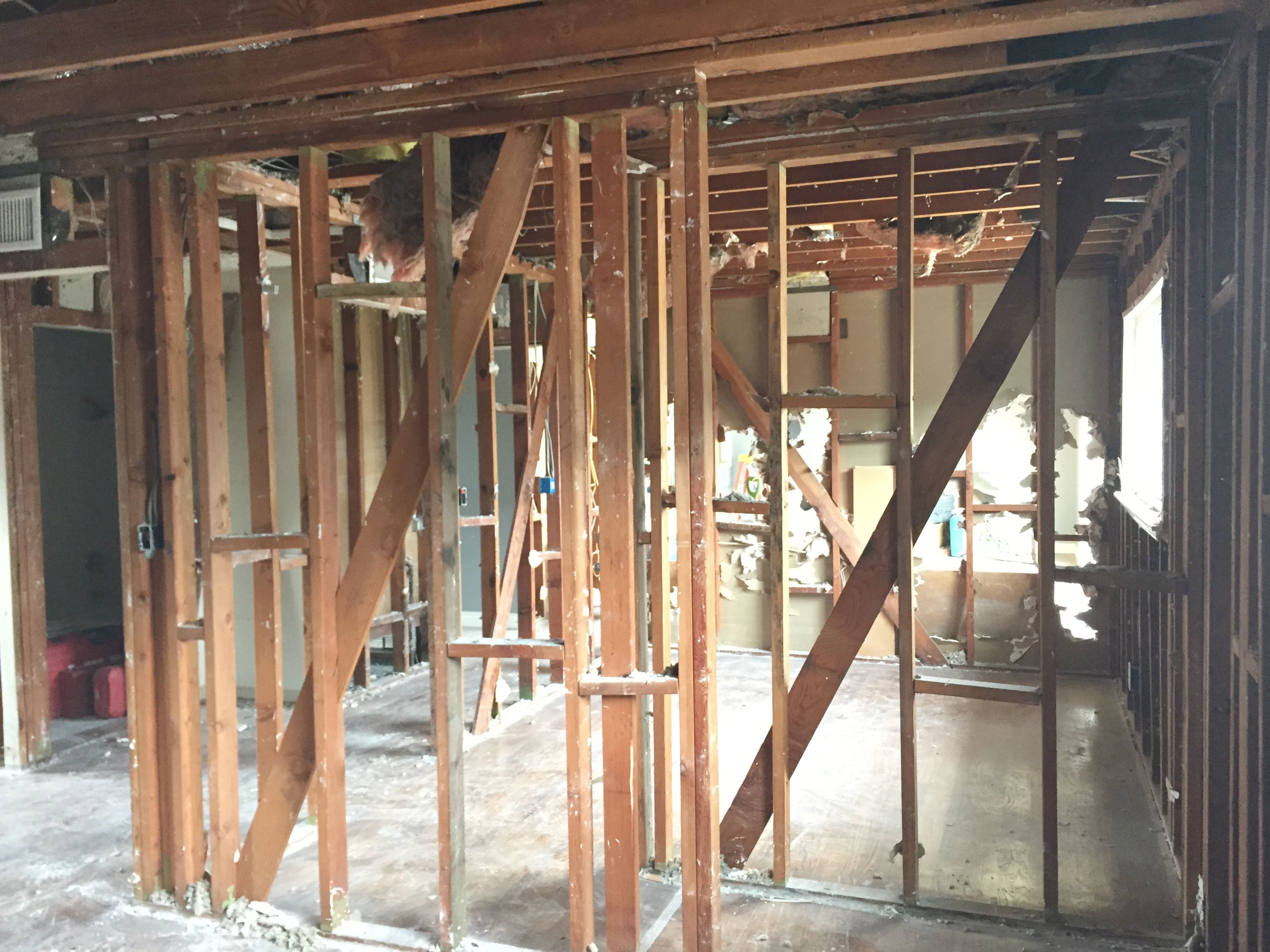 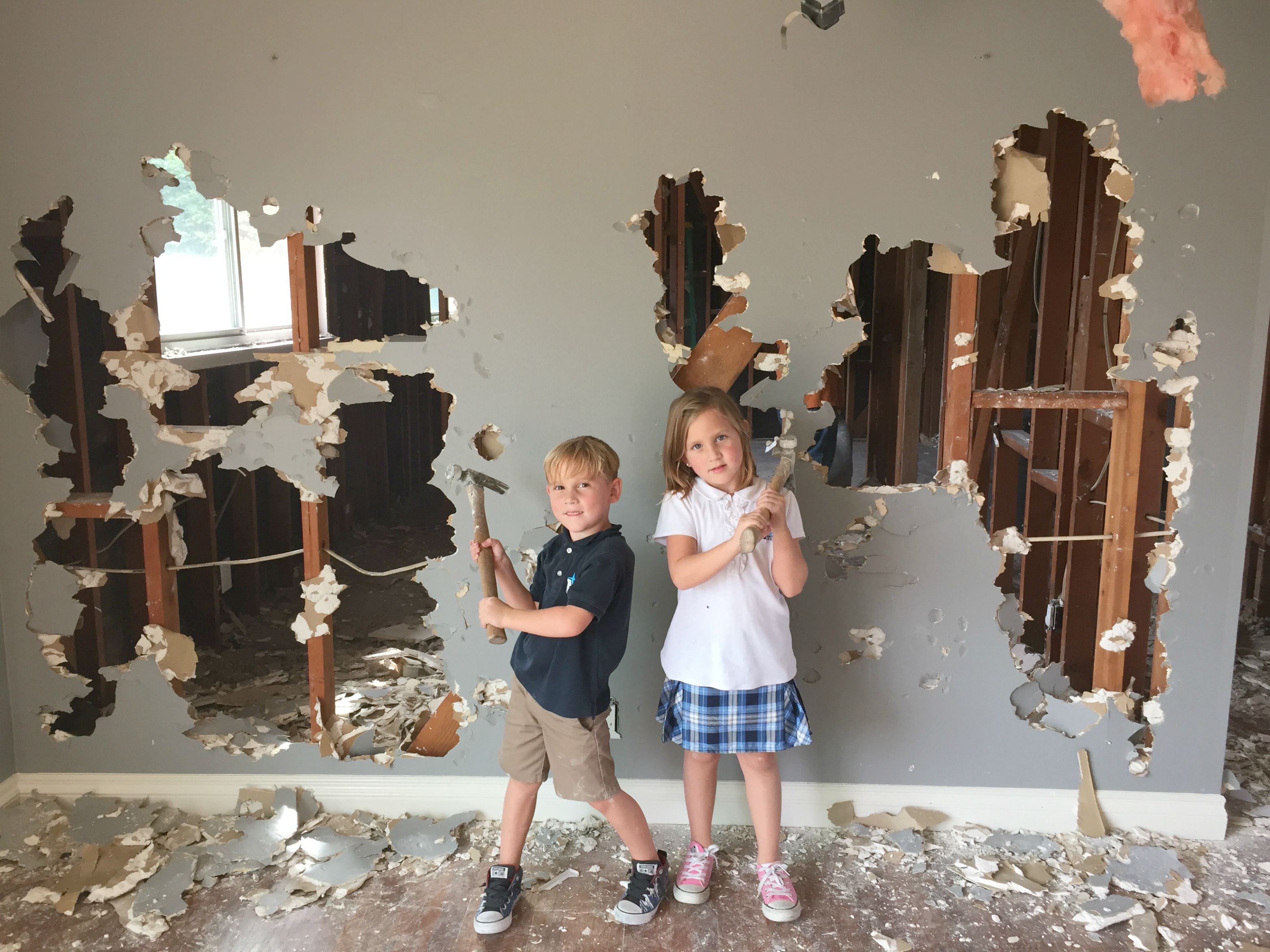 Yesterday marked day two of demo, which meant the walls inside were coming down! Everyone wanted to get in on a little bit of the action, so our family took a few hits to help the crew knock out some of the walls. Now when I say some, I really mean we took some swings and removed some dry wall while we sang a long to “Animals” by Maroon 5. I mean isn’t that how it’s done? Pardon the cell phone pics, demo + the DSLR don’t really mesh well together.

I wasn’t sure that the kids were going to love being part of the demo, even though we love hgtv. Katelyn was a little skeptical about getting dirty and holding a hammer. Brayden, on the other hand, was in it to win it and had a hole in the wall before I even finished explaining how to hold the hammer. That kids got some muscles, that’s all I’ve got to say. In the end, Katelyn loved it and there were even a few “take that’s” in there.

After having a bit of fun, we took off and left the crew to get the real work done. It’s crazy how much they accomplished yesterday! There’s definitely no turning back now! We’re on track to finish all demo by end of day tomorrow. Woah baby!