Today is my birthday. It was an amazing day! A day where I had Kyle all to myself the entire day. He took off work, and all his calls went to voicemail.We’ve been so busy and then Katelyn and I got sick, we haven’t been able to spend time just the 2 of us. Something we’ve been working diligently to do every week or as often as we can. Katelyn and I stayed at the beach house last night because Kyle was out late with Bidwell at The Roxy for their 2nd showcase show. It went great! I slept in, yes Katelyn slept in till 10am with me…. oh yeah! Then we spent the morning hanging out until Kyle came to pick me up.  Jan watch Katelyn for us so we could spend the whole day together. The weather was amazing, sunny and beautiful! We went to lunch at Ruby’s and then walked around Fashion Island. All I wanted to do was window shop, while holding hands with my hubbie!  Sappy, I know, but I don’t mind! After walking around for a couple of hours we headed back to the beach house so I could nurse Katelyn and then get ready to go to dinner. Kyle was even able to sneak in a much needed nap. We took some family pictures on the deck while the sunset behind us and then Kyle and I headed to Tommy Bahamas for dinner. We love the ambiance and the food there and decided it was the perfect spot for us to wine and dine and have good conversation. Dinner was fabulous! In fact I’m eating dessert right now as I blog…. yummy! Thanks babe for making my birthday so special. I love you more than words could ever express.
Love, A xoxoxo 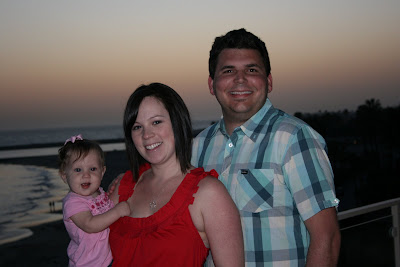 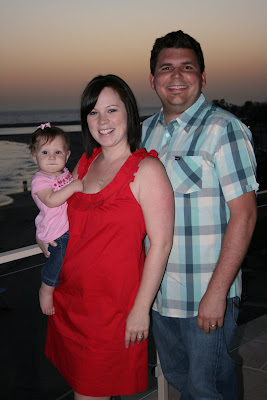 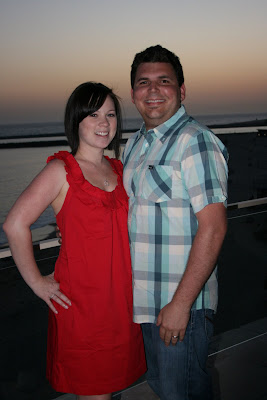 ok I have to brag a little…. I’ve lost all my baby weight + an additional 4 pounds 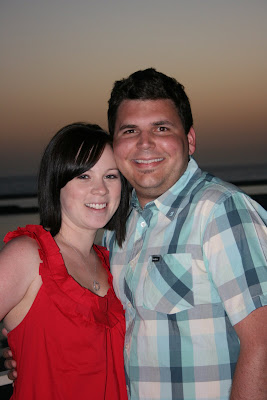 « The Celebrating begins….
Rise and Shine »