Last weekend at church I found myself distracted.
Ugh! I hate to even admit it.
Somehow writing it here, makes it real.
It means I can’t hide and pretend it didn’t happen.
I love our church.
I look forward to going to church.
That’s why I feel guilty even admitting my distraction.
I began jotting notes.
Making lists.
To do lists.
After all Holiday Handmade is this Thursday,
then after one day to recover,
I have another boutique on Saturday at my daughter’s preschool.
Then the icing on the cake?
My son’s party the following weekend. 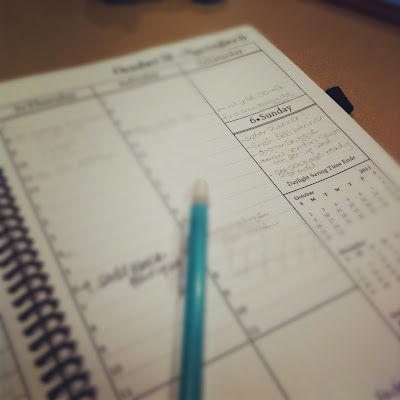 As I was writing my list of things I needed to get accomplished this week,
I hear something that made me stop.
Stop.
And listen.
Not that I wasn’t listening, I was, but now I was really listening.
The pastor began to speak about Mark chapter 4, when Jesus is done preaching and he asks his disciples to take him across the lake in the evening.
He’s asking them to take him to the land of the gentiles, where people worship idols.
A foreign land.
At night! When it’s dark and you can’t anticipate what to expect.
They begin rowing Jesus across the lake and a storm hits.
As the waves crash around them, and water fills their boat, they begin to panic.
There is more water in their boat, than boat in the water at this point.
The disciples call out to Jesus, not to save them or in faith that he will calm the storm, but because he is at the stern and they want him to man the rudder.
They want him to help steer the boat into the waves so they will survive the storm.
Waking Jesus from his sleep, Jesus says to the water, “Shh..Be Still”
And the storm stops.
I’ve heard this story many times, but the one thing the pastor said I hadn’t heard was,
Could faith mean continuing to row in the direction God has called us to go, even when it seems like our boats are filling fast with water?
This resonated with me.
Here I was making lists.
Filling my boat with water.
Making sure I tended to every last detail.
Taking on responsibilities that hadn’t been given to me.
Placing burdens on my back that He didn’t call me to carry.
I’m not saying we shouldn’t be list makers.
What I’m saying is what lists are you making on your heart that you should be casting at his feet?
How long have you been feeling as though your boat is being thrown sideways against the waves?
When was the last time you asked God in faith to grab the rudder?
Better yet, allowed him to calm the storm?
The disciples that evening didn’t expect God to calm the storm.
They called out in fear for Jesus to do his job… man the rudder… steer into the waves.
They called out to him to wake him up and help him see the urgency in the situation they were in.
But when He calmed the storm.
In an instant.
Before their eyes.
They knew, without a shadow of a doubt that he was God.
What storms in your life need calming?
In what ways do you need to know without a shadow of a doubt that he is God?
Let him meet you where you’re at.
I promise He’s waiting.