Earlier this week Kyle and I took Katelyn to see Bidwell play in Palm Springs. Other than the fact that when we got there at 7pm it was 100 degrees and when we left there at 11pm it was 100 degrees, it was fun to see the band and hear them play. After having our ear plug idea for Katelyn malfunction, she and I hung out outside the small venue with Gemma, the lead singer of Bidwell’s wife. It was plenty loud so we were able to hear the concert pretty well from out there. When they started playing, Katelyn was initially startled and when we looked down at her she had made a “rock on” sign with her little hands. It was totally adorable. I’m convinced she’s going to be our little rock star. 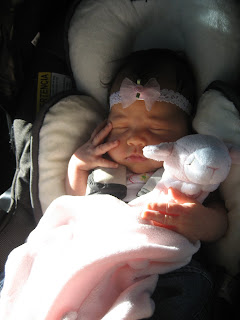 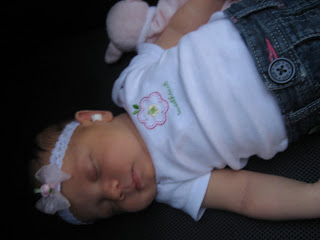 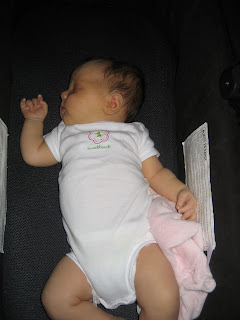 Poor Katelyn, she was so hot that by the end of the night, all she had on was her onesie!! It took us all a couple minutes to cool off when we got back in the car to head home.

« Just cause she’s so darn cute!!
Lunch with the Grandparents »