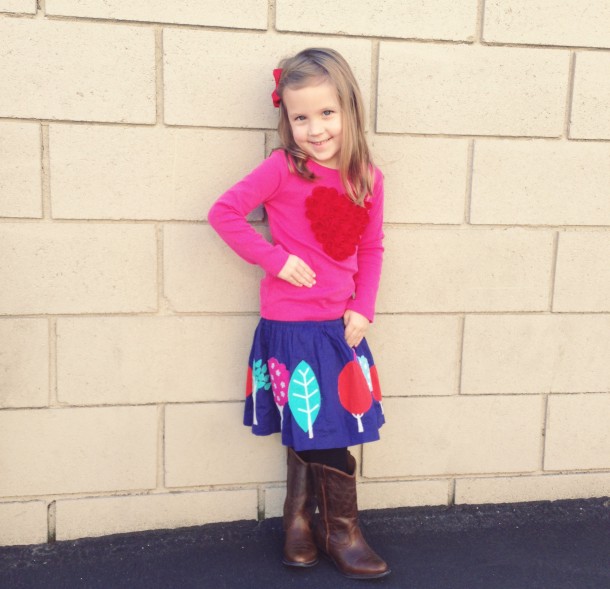 I had every intention of sitting down and writing an upbeat post for today. To share fun projects that I’ve been finding from the hours of time I’ve spent sucked into Pinterest. But to be honest I’m struggling to feel upbeat. In fact I’m feeling a little beaten down. It’s been a while since I’ve posted anything that left me feeling vulnerable and real, but I feel like I just need to write it out so I can go back and look at it later and see how God is moving in the midst of this. So I’m writing from my heart today. Most likely it won’t make sense, there’s no way to wrap it up in a bow, because I just don’t feel like I could even if I wanted too.

Some of you may remember that I shared about our struggle with Katelyn and where we’re going to send her to school. Back in October the preschool she’s at said she wasn’t ready for Kindergarten + to be honest I wasn’t sure if this was an issue with a lack of academics at the school or just that with a summer birthday Katelyn just wasn’t going to be academically + emotionally ready. When I look at her I see this strong, independent, smart, outgoing little girl and I couldn’t imagine how anyone would see anything different.

We began looking into other schools; even contemplated moving her mid year. The end decision was to keep her where she’s at and work with her at home. I just couldn’t bear to move her from her friends. Our bigger concern was that starting fresh with no friends could end up hurting her academically if she didn’t like the new school.  Fast forward to 2 weeks go, Katelyn came down with a fever of 102 for 5 days. With Kindergarten testing going on at school we sent her back, not fully 100% so she could be tested + last night we attended the workshop they did to explain the results.

I’m not going to lie, going into the meeting I’d had a rough 24 hours. I’m overwhelmed, feeling like my to do list is outweighing the hours in my day. I’m tired, fighting a cold and was really hoping the workshop would show that all the work we were doing at home was making a difference.  I just needed so badly to get those test results and have them say that our baby girl was ready for Kindergarten. After all she’s a June birthday, the cutoff is November 1st, so by age she’s old enough to go. My heart dropped the second I was handed the packet of papers, that clear as day on the front said JK. UGH! J/K! I know it’s February + I know that kindergarten is several months away and that we can have her re-tested, but the ultimate feeling of failure came over me.

To be honest you could’ve screamed all kinds of positive reinforcement about these result in my ears, but nothing would’ve kept those hot tears from trying to creep in as I sat amongst the other parents of children in Katelyn’s class. Parent’s who all go the green light for their kids to go to Kindergarten in the fall.

For me this J/K felt more like a failure to meet the needs of my daughter. I felt like I had let her down. I’m already very aware of how the dynamic in our household has changed in the last 8 months with the launch of a new business and in that moment I believed that this was a reflection of what I wasn’t giving her.

I get that time is a gift and that all kids learn at different stages.
But last night + today, I’m just frustrated.
I’m feeling defeated + I wish I knew what was next.

After the workshop, I’m going to be honest, I barely made it out of the room before the tears began to pour. Even sitting here my heart hurts and I’m still questioning if I could’ve done something to help better prepare her for the test. I still wonder if we re-test her I’m doing it for me or to truly get more accurate results on a day where she’s 100% healthy.

Today I’m just trying to find God in all this.
To hear what He’s saying our daughter needs.
To be willing to give her the gift of time.
To feel confident in allowing her to learn at her own pace.
To put aside my pride + my need to have a child who is ready for Kindergarten today.