One of the gifts that Katelyn received for her birthday was tickets to see Circus Vargas at the Irvine Spectrum. I’ve never been to the circus before and had no idea if my kids would even sit through the circus, let alone enjoy it. Since we had only three shows to pick from we decided to go on Sunday night at 6:30. After naps we had an early dinner, packed the kids up in the car and off we went. I’m not going to lie a was a little very nervous about how well they would do, but worst case scenario we leave early and let them run around the mall for a little while before bedtime.
One of the fun things about Circus Vargas is that their entire pre-show includes the kids. The hubby took Katelyn down to the center rings and she got to hoola hoop, juggle scarves, and balance a large feather on her hand and nose. She had a blast being in the ring surrounded by lots of other kids. Buddy and I saved us seats in the stands. The show started off a little rocky with some young acts and some so-so cheography, but my kids love every minute of it. Katelyn spent most of the show dancing in the aisle as Brayden sat mesmerized in my lap. Then during intermission Brayden got up and was showing off by flexing his muscles for all the people in the stands sitting next to us. That kids is such a crack up. I’m working really hard to get it all on video. 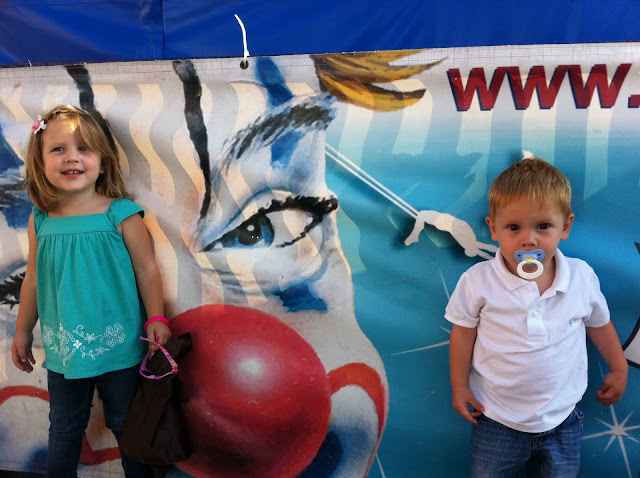 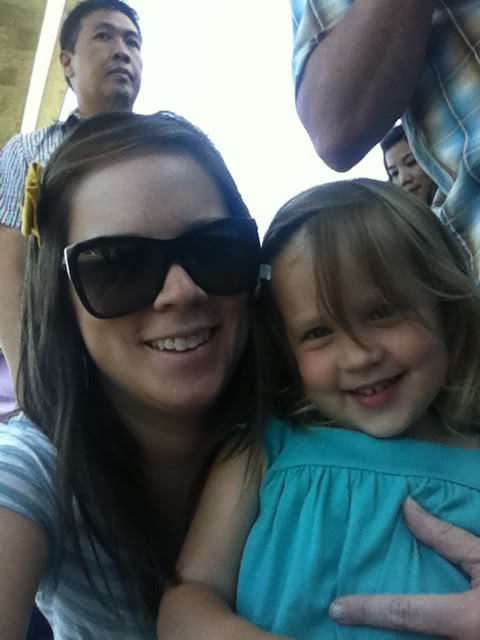 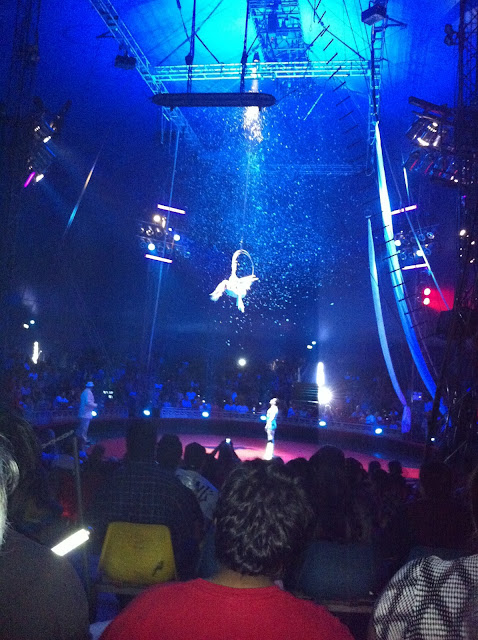 Our favorite act of the evening had to have been the finale. A family of motorcyclists doing death defying tricks. It was a Husband, wife and 9 year old son. It was more than impressive!! If you haven’t had a chance to see it, I would totally recommend it.
We had such a great time at the show and on the way home Katelyn asked if we could go back and watch it again. We told her maybe next year.