Brayden Micah Circle!
Brayden’s story: Early in the morning on Wednesday, November 18th, around 2:30 I woke up because I had begun feeling extreme back pain and contractions. I knew I was still 3 weeks early so I drank some fluids and tried to get some rest in hopes that they would subside. (Even though I was ready to be done being pregnant, I still was 24 hours away from Brayden being 37 weeks. After having a pretty sleepless night I woke up and after moving around a little my contractions seemed to not be as intense as they had been during the night. I decided to head to Bible study, spend some time with God, then come home and pack to head to the hospital in the afternoon.
Katelyn and I came home from Bible study, I put her down for a nap and attempted to do some packing and cleaning. Kyle and I decided around 3:30 that we should head to labor and delivery at Hoag just to monitor the contractions and the baby for a little while. We were pretty sure that we were going to get sent home because I was only 36 weeks and 6 days pregnant. We dropped of Katelyn with Doug and Jan and headed to Hoag. We got here and checked in around 5:30 and the monitoring began. After trying to have me walk the halls they put an iv in me to pump me up with fluids. Well the fluids increased my contractions from every 2-3 min. to every 1-2 min. and the pain was so incredibly intense. I guess I should mention that we hadn’t even been admitted at this point because my cervix was still high and hadn’t even dilated yet. Once the fluids kicked in, from 8:30pm-10:00 I dilated to 3 cm. Needless to say they saw the changes they needed to and I was considered in labor and ready for an epidural. At this point they admitted me and called my doctor to come in for my c-section. Dr. Feldman, my doctor, is amazing. It was his day off and he came in at 10:30 pm to do my c-section.
By 11:20 we were in the OR and I was prepped for surgery. Kyle and I joked that Katelyn was born at 11:44pm wouldn’t it be amazing if Brayden was born at 11:44pm too. Well my doctor thought it was a great idea and he got me all cut open and ready and at 11:44pm Brayden was born. Amazing!!! Brayden cried for 10-15 minutes as they cleaned him up, checked his weight, and cut the cord. I got to hold him for a few minutes, but then they had to whisk him away to the nursery so they could check his oxygen and respiratory levels. He was really struggling to breathe.
My doctor sewed me up beautifully, he called his super model stitches and after spending time in recovery I was able to go see Brayden before heading to my recovery suite. Brayden spent the night in the nursery so they could monitor his respiratory rate. His oxygen levels were great, but due to his respiratory levels he was moved to the NICU at 4am till 7am. Thank you to so many of you who prayed alongside us, Brayden was released from the NICU at 7:30am the next morning and brought to our room. He is so precious and we are loving every minute we have had with him. Brayden and I are both getting plenty of rest and we’re looking forward to being discharged Sunday morning. 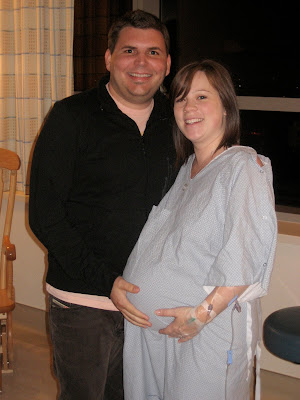 Kyle and I right before they moved me to the O.R. 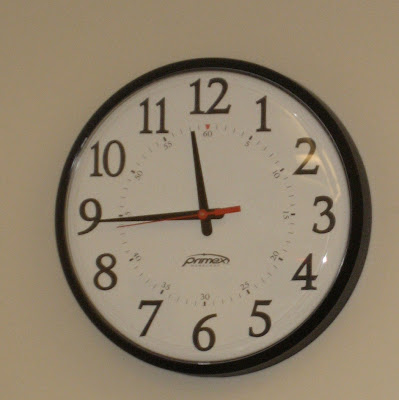 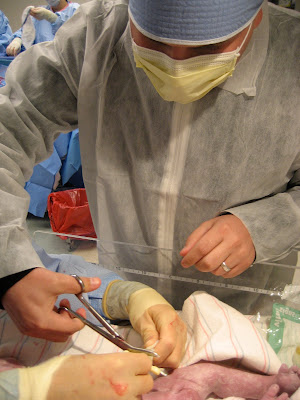 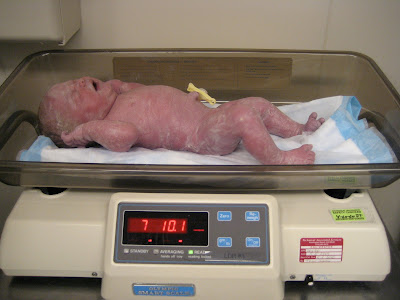 Brayden was 7lbs 10oz and 18 inches long. I would argue that he’s not really a premie and that maybe his original due date was off a little. 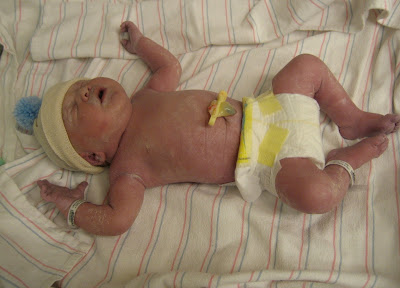 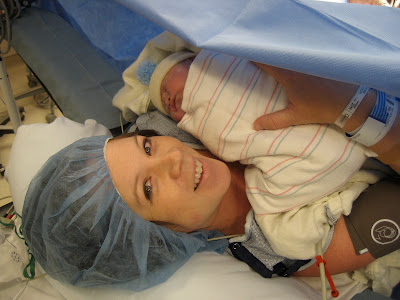 Relaxing as they stitched me up 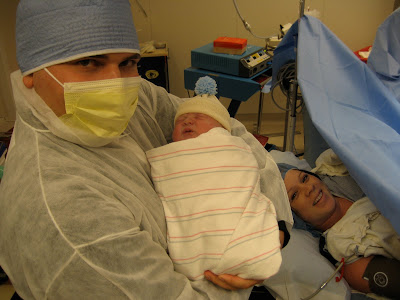 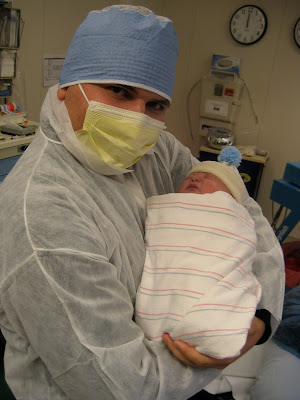 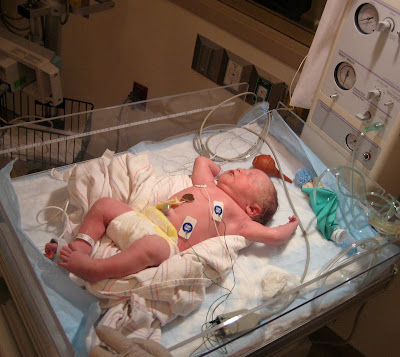 Brayden in the nursery

« This is Katelyn’s friend
Over the last couple of days… »